Leveraging our expertise in the three fields of “logic,” “data,” and “expression,” we are a company which produces business startups and development from the perspectives of research theme discovery and new business creation.
Our core business activities are providing policy and project planning, consulting, and implementation support (project producing and promotion) concerning client and partner company 1) creation of plans for proactively changing their future; 2) creation of spaces where a diverse range of professionals from different ecosystems and habitats can gather to form a competitive team; and 3) creation of launching points for strategic actions needed to win. Consulting + direction (implementation) on policy and business creation and application
Through innovations in information technology, the environment enveloping business and marketing is changing rapidly. Going forward, strengthening points of contact with consumers, developing new businesses, and every kind of business activity will need to be implemented premised on an understanding of the environment information technologies have created. Based on a principle of taking action and an undying thirst for new challenges, and harnessing knowhow which has been constantly honed at the cutting edge of the times, we serve as a focal point between consumers, client companies, various forms of media, technologists, funds, creators, creative businesses, and content owners, coordinating business and carrying out projects.
The new social trend of the 21st century is the “intelligent society,” and gaako possesses the fertile soil needed to grow and cultivate the fruits of this phenomenon here in Japan.
We seek to boldly take on new challenges and contribute to the development of society so that the next era, and our children, can inherit a society filled with hope.

To change the future and make the world more vital, interesting,
and full of hope through our abilities to imagine, think, and actMore Vital, More Appealing

Based on this conviction, we seek to contribute to the pioneering, cultivation, and expansion of new business domains via comprehensive producing services which are both feasible and sound, and always with strategic perspective and insight. 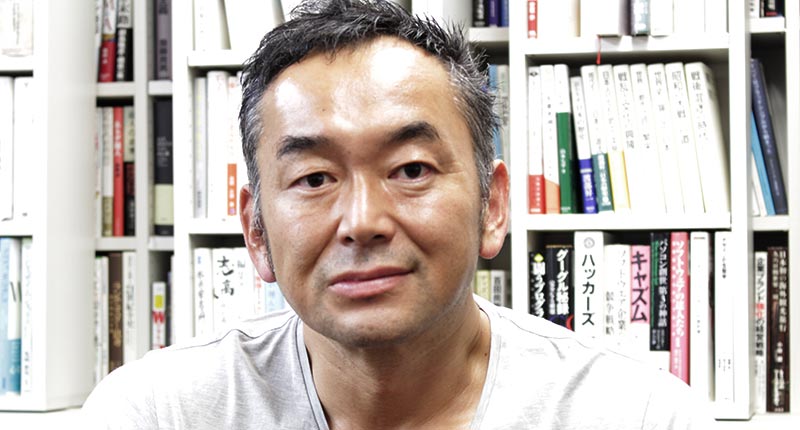 Born in Hyogo Prefecture in 1975. Graduated with an Master’s degree from the Business Administration and Management from the Graduate School of Business Sciences at the University of Tsukuba, Tokyo
1Joined Nippon Telegraph and Telephone Corporation (NTT) in 1996 and worked there for approximately 10 years.
After joining NTT, was involved in consulting and project implementation for regional development and promotion utilizing information and communication technology. Also participated in the implementation of cooperative industry-government-academia research projects through accounts with the Ministry of Internal Affairs and Communications; the Ministry of Economy, Trade, and Industry (METI); the Cabinet Office; and other central government ministries and agencies.
Thereafter, was involved in launching services for a strategic broadband promotion company in the NTT Group and was in charge of business cultivation, content creation, planning, and producing. Following that, engaged in digital content producing, new business development, and strategy planning, and was also involved in producing numerous pieces of content in cross-media environments utilizing internet media.
Established gaako Co., Ltd. in January 2007. Began providing corporate consulting, supporting development of new businesses, and business producing. Also took part in the planning of regional promotion and corporate revitalization leveraging work involving investment association formation. Fields of specialty include strategy and tactics, new business development, project management, content business, and combining media with the Internet. In addition, also consecutively served as a guest researcher in Keio Media Design at the Keio University Graduate School of Media Design. Actively involved in the maker culture trend from the perspectives of innovation and venture business. Mechanical Engineering (Akashi College), MBA (Tsukuba University).

15-minute walk from the East Exit of JR Kanda Station 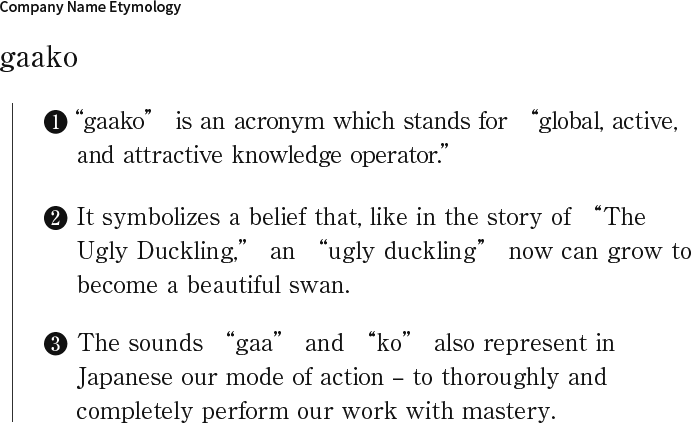